Cellro was created in 2004 in the factory of a metalworking company in the central Netherlands. Bram de Koning, founder of Cellro, has been the owner of this successful company in the machining industry from the outset. Linear pallet handling systems were used for automation, and in around 2000 a robot was commissioned for work for the automotive industry. Thanks to this robot’s limited intelligence, it could only do one task, and only be used for mass production. De Koning decided he needed a more flexible and smarter process-driven automation solution, so he looked for opportunities to efficiently optimise production in the company. The result was the Cellro concept; creating a universal automation solution for machine tools which could automate any operation. Automation was the core element, and machinery built around it. This concept was used to develop and build various product lines. In collaboration with Jelba, we are making sure that interest is generated among end users worldwide, and we are rolling out an active international dealer programme.

Cello decided on a strategy of selling through its national and international dealers. Through an advanced B2B leadgeneratie approach and roll-out, Cellro assumed the responsibility of supporting its dealers in the sale of automation solutions. We created a demand among end users to purchase more products from dealers. Jelba and Cellro are working together in the long term to make sure that Cellro is not only the leader in its automation solutions, but also in the field of B2B leadgeneratie.

We are deploying a wide range of technological solutions for Cellro, varying from dealer configurators to liquid content modules. Cellro uses this B2B technology to make a difference via the digital channels. In the technological roll-out, we are taking into account the international character of the operations. We are conducting active online campaigns in the English, German and Dutch markets via our own digital channels and via the online environments of the various dealers in each country.

We are continually working on maximising the return from all the digital channels of Cellro and its dealers. All the automation solutions sold internationally by Cellro (Xcelerate in particular) are continually brought to the attention of existing and potential buyers by Jelba’s experts on behalf of Cellro. We are doing our utmost to let Cellro take full advantage of the digital opportunities.

Results to be proud of

Transparent about prices and advice

More requests and transactions
Get in touch 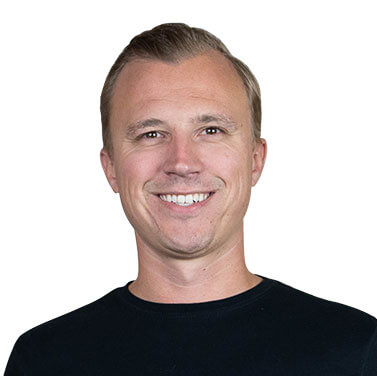 Hello, I’m Jochem,
Curious about our approach? I would like to tell you more!
Jelba uses cookies to enhance this website. Thanks to these cookies we can optimize your experience on our website.UnderstoodI don't want cookiesRead more